Find us on Social Media

Preparing to become an Official

As per Hockey Alberta, NO officials may officiate hockey at any level until they have completed a clinic this season.

ALL NEW OFFICIALS MUST COMPLETE THE ONLINE HOCKEY UNIVERSITY COURSE PRIOR TO CLINIC ENROLMENT. Link for registration below:

If you have any questions or issues regarding clinic registration please contact the North East Region Clinic Coordinator, Mikala Brown, at [email protected]

Click on your community’s RIC or Assignor to learn more about them!

Each year applications are accepted for the Hockey Alberta Officials Development Program. Full information on the requirements, events/dates, and expectations can be found with the application form: 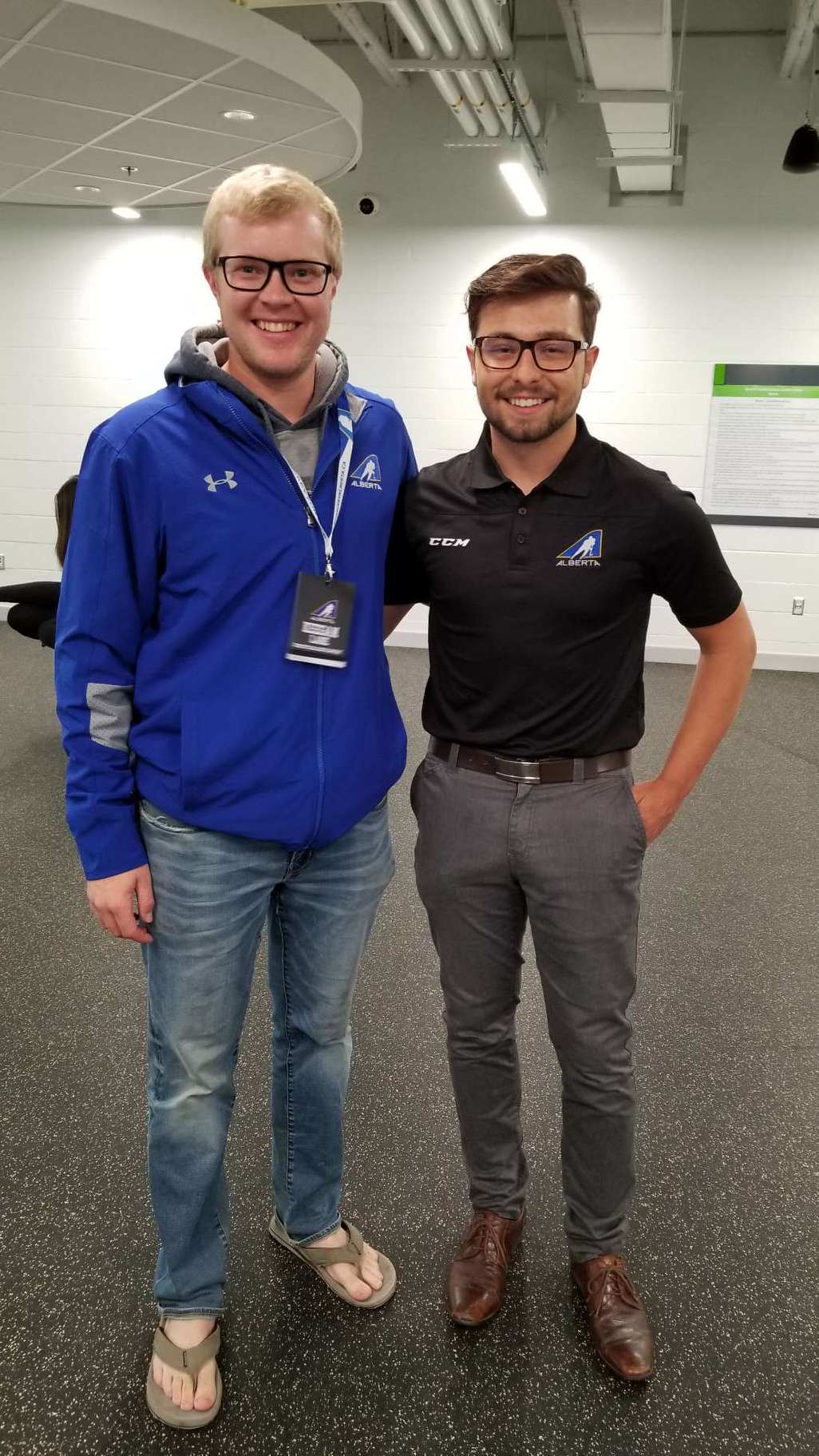 "D Camp was a unique experience that was unlike what I expected. Despite the age gap throughout the attending officials, camaraderie was imminent upon arrival and the team aspect of officiating was noticed.

Classroom sessions were very informative. watching the game tape was something I never thought I would take part in, but now I realize the benefits of doing so. Other classroom sessions, such as mental preparation, discussed topics that were applicable in all aspects of life and I believe I took aid from them on the ice as well as off.

Hearing "The Story From the Bench" as told by Fran Gow, enlightened us on a differing perspective to the game and aided us in understanding how all participants in the game view it differently as well as how we can use communication to bridge the gaps of understanding.

Power skating sessions were eye opening; focusing on small things to work on to fine tune our game. I never thought I would learn so much in three hours on ice.

Team building events: as mentioned above, the camaraderie was second to none, and I commend the instructors as well as my fellow attending officials for this. We were a team, working together with the goal of bettering ourselves and others. Everyone that attended this camp wanted to be there and it showed.

Overall, I thoroughly enjoyed the camp, and I believe it was in effective in developing my officiating. My biggest takeaways were the understanding of positioning, use of penalties, and the role that communication can play and how to use it to effectively manage and control a game. I also gained some insight on what to look for in a supervision, how to word/phrase comments to help other develop effectively and I plan on bringing these skills back to Lloydminster to help develop officials in our program."

"D Camp was one of the most rewarding experiences of my life. The amount of knowledge that I gained, garnered from the numerous people that spoke at the camp is something that I will hold onto for the rest of my officiating career. Colin and Curtis did an awesome job with the entire week. We were tested both physically and mentally and I can honestly say that I will becoming back to the Northeast Region with the type of guidance and experience to not only become a better official, but also the lessons learned contained things that I believe I can pass on to younger officials in our region as well.

Being able to talk to people like Derek Zalaski was an extremely awe inspiring experience that show just how much hard work, commitment and dedication it takes to make it to the pinnacle of the craft.

The mental coaching we had there allowed me to be able to take back lots of motivational tips on how to stay committed and focused on improving not only in officiating, but in life. It was also rewarding to know that my name and face are both out there in the eyes of WHL officials and coordinators. It makes me feel as though something I never thought would happen, could happen if I continue to work and improve.

I came out of D Camp a better official than I came in, and I could not me more thoroughly happy with how it went. I would tell any young official that is interested"

Note: a time out does not provide the team the ability to change.

2. TV Timeout occurs at the first stoppage of play after the 10 minute mark of each period unless one of the following occurs:

Note: a delayed penalty does not negate the TV timeout if the on-ice strength is even at the time of the whistle.

Note: a time out does not provide the team the ability to change.

3. TV Timeout occurs at the first stoppage of play after the 10 minute mark of each period unless one of the following occurs:

Note: a delayed penalty does not negate the TV timeout if the on-ice strength is even at the time of the whistle.

Note: a time out DOES allow the team the ability to change.