The Ernie Boruk Award is presented annually to an individual in appreciation of outstanding dedication and contribution to the Hockey Alberta Officials Committee. (Maximum one recipient per year.)

Nominations will be brought forward for (2) years in addition to the original nomination year.

CJ Senkow has been involved in various capacities in both the North Central and Peace Region executives since 2001. CJ has spent the last six years as the Coordinator of the Peace Region. He’s been on several committees at the provincial level as well as an instructor for all levels of officiating provincially. On the ice, CJ has worked all levels of hockey in Alberta and the WHL, officiated numerous Provincial and National championships, and just retired this year from the AJHL. 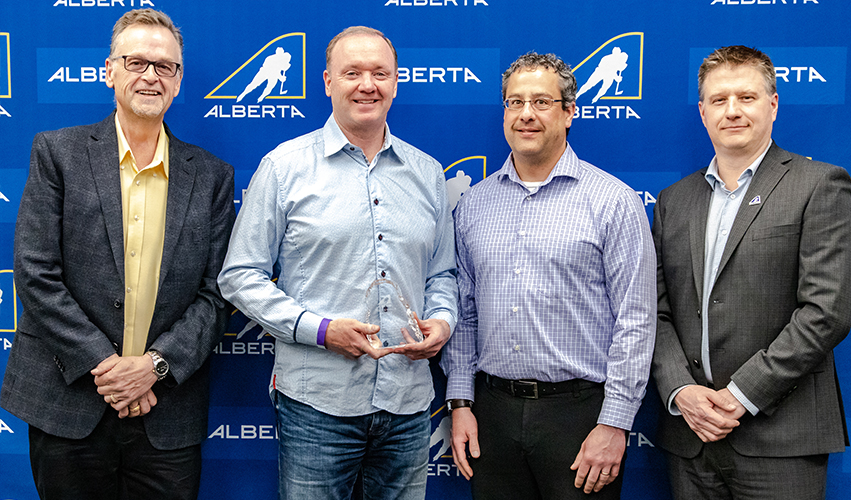